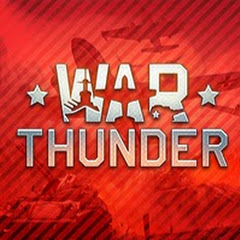 War Thunder is the most comprehensive free-to-play, cross-platform, MMO military game for Windows, Linux, Mac, PlayStation®4, PlayStation®5, Xbox One and Xbox Series X|S dedicated to aviation, armoured vehicles, and naval vessels from the early 20th century to the most advanced modern combat units. Join now and take part in major battles on land, in the air and at sea, fighting with millions of other players from all over the world in an ever-evolving environment.